Emerson the Moose and Other Songs for Children (Deluxe Edition) 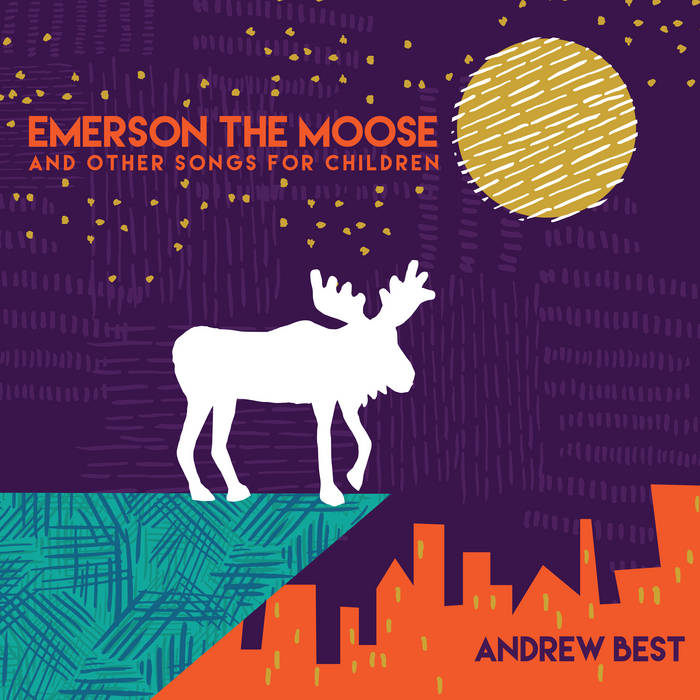 "Emerson the Moose" originally released in 2012 has received a special deluxe edition reissue featuring beautiful new artwork by Lindsey Glenn and three all-new bonus tracks, in addition to all of the original favorites.

10. Down By The Bay (R. Cavoukian; finale by Best/Duncan)

Thanks to: Everyone involved in the creation of this album, none of this would be possible without your involvement and creativity! My family, for supporting me every step of the way; Thom Schuyler for getting me to write my first song for children, and encouraging me to keep going; My teachers who helped me sharpen my skills - Mike Murray, Steve Rice, Drew Ramsey, James Elliott, and Tom Douglas; Beverly Bryan and Linda Martin for introducing me to Emerson; Jude Dutton, whose love for lizards and life led to some liberating lyrics; To my first grade teacher Mrs. Hettie Pollock, who loved my creativity and embraced my quirks; Joe Stobaugh, who helped me to fall more love with music; All my friends who encouraged me to pursue my dreams; Finally and most importantly, The Lord Jesus, without whom nothing is possible. May this album serve to glorify Him.


Special thanks to: God, my family, my incredible wife, and everyone involved with making these new tracks. This special anniversary edition of the album is dedicated to the memory of Laura Jean Winborn and Lanta Barbara Barrett Milligan.

All rights reserved. Unauthorized duplication is a violation of applicable laws.

Andrew Best is singer/songwriter who makes music for children and parents to enjoy together!

Bandcamp Daily  your guide to the world of Bandcamp